Unlike must normal human beings, Martin started in a fairly stoic frame of mind and gradually became more cheerful as the sleep deprivation kicked in. Instead of leaving the day with the words 'never again', he was saying things like 'we should do this again, very soon!' 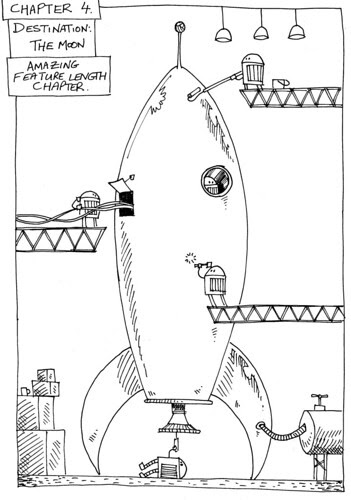 This is not because he's mad, it's because he had actually hit on the best possible approach to a 24 hour comic... come up with a decent engine for driving short sketches featuring the same characters rather than sustaining a single story for 24 pages. 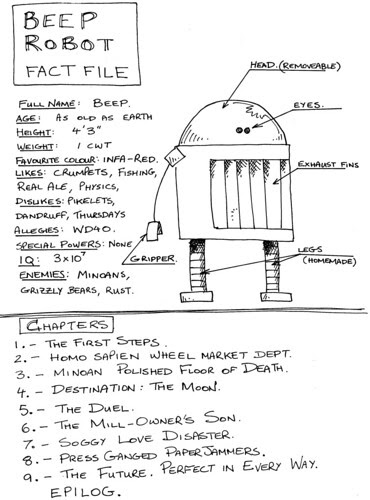 By the end of the evening, he'd constructed an ending which tied the whole thing together in a bow made of solid PATHOS, and called this tale of one robot's interactions with mankind: Evolution and Beep. 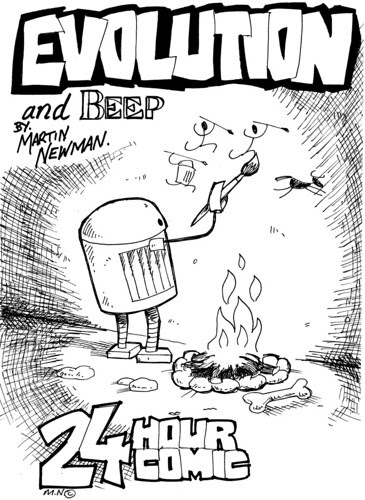 You can obtain this fantastic comic at Travelling Man Newcastle. Do it. Martin is currently chief of the Project Z, due to launch at Thought Bubble in November.
Posted by Paul Thompson at 23:37